I am sitting in a hotel near Memphis, TN this morning, after spending the last three days at Hamvention 2022.  For those who are interested in Ham Radio, but, not necessarily In-the-know about Hamvention, the best way that I can describe it is that it's where just about where anyone who has ever been involved with RF work goes.  I ran into friends who worked at Motorola, friends who worked In Broadcast Television and Radio, friends who worked at iCOM, and plenty of folks who I've worked alongside or volunteered with in my days as a VE doing testing for amateur radio operators.

I go to Hamvention for two reasons:

The flea market was a little anemic this year – and I think it's really indicative of the larger trend in radio – both the commercial space and the amateur space.  The manufacturing industry has started making this trend to Software Defined Radios (SDR's), dealing with the long-term effects of the global component supply chain shortage, and the rest of the hobby is struggling to keep up with the transition.  When the manufacturing industry started switching from vacuum tubes to transistors, there was a period where there were legitimate shortages of tubes in the space:  there was still a lot of really good, really functional equipment running tubes, but, there were supply issues when trying to find them to repair or replace equipment that had gone bad:  we're seeing the same things now as the industry moves to SDR's.  It's hard to find new components, so the industry is facing shortages, and as existing operators are holding on to their equipment (because they can't find new equipment) it is becoming hard to find older radios, as existing operators are holding on to them.  Don't get me wrong, If I wanted to find some Kenwood TK-8180's at inflated prices and wrong bands, I'd totally find deals at Hamvention, but, not this year.

I will still go back:  the pilgrimage to Xenia is fun and I did stay close enough where it was easy to get to, It was nice to meet friends, and It was nice to add a few things to my ham wishlist:

That's probably enough to get me to December.  We can go from there for 2023. 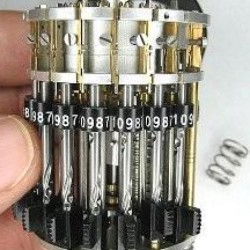